Our director has been recognised for her fundraising achievements at a charity ball in London.

Lynn was humbled to receive the honour of Best Individual Fundraiser at the event, which took place for the fifth year on Friday 7th December, and was organised by industry benefactors Agents Giving.

The other nominations shortlisted for the award were

Among Lynn's charitable endeavours in 2018 was her participation in NightRider London in June: a 100-kilometre bike ride across the capital. In total, she raised £2,310 for the Alzheimer's Society, exceeding her original target of just £1,000.

All of us at LCA Jobs are super-proud of the extra mile Lynn goes constantly for the good of others. A huge congratulations from all of us to her and all of the others who have contributed so much over the last year! 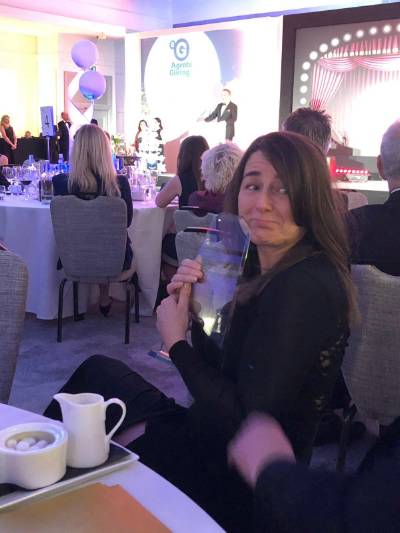 I would like to say the service Lynn and Audrey gave me was exceptional, they found me my dream job and I couldn’t thank them enough. 100% would recommend
Liam R, August 2022